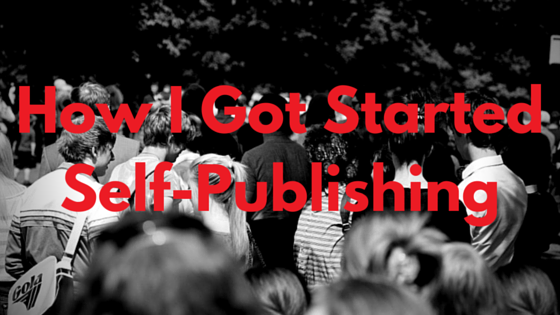 When I tell people what I do to make money, they usually don’t believe me or understand what I mean. “So what is it that you do online?” they ask me.

I like to keep it as short and sweet as possible. If they want to know more I have no problem telling them exactly what it is I do. I figure I’ll share the same here. This is the story of how I got started self-publishing.

I got out of the Marine Corps in January 2014 and took 90 days of terminal leave so I continued getting paid until April of 2014, my official end of active service. I had a lot of time to kill, lounging around on a recliner for months getting paid around $3,500 per month to sit on my ass.

While I was staying with my parents before I moved to the town my college’s in, I was looking for ways to money online without getting a “real” job. I stumbled upon a Reddit thread about a self-publishing author making over $5,000 per month writing short fiction stories. Short adult fiction stories. Oh yeah, I was going to join the adult industry.

I figured I could write, so I did. I read that thread at around 10 PM on March 17th and stayed up until 8 AM writing my first short story.

It wasn’t very good. Syntax-wise it was good, but the actual content was like trying to stuff a novel into a three thousand word essay. It had too much character development and not enough, as they say in every Eastern Asian country, boom-boom.

That’s a given, though, it was my first time trying it out. I still decided to publish it with Amazon KDP Select. To date, it’s made around $12. But that’s  $12 that I generated with my fingertips while sitting in a recliner and watching Amazon Prime.

After that, I tried different genres, both nonfiction, and fiction. I wrote a few kid’s books, a few how-to’s, and in my first whole month (April 2014) I made $85.

I started outsourcing most of the work to freelance writers, and slowly worked my way up into the triple digits. All summer long I worked a “regular” job until school started. In September 2014, I quit that job and in October 2014 I hit my first 4 figure month. I haven’t had a “real” job since.

Now I’m doing various experiments and challenges. One thing I’m trying is seeing how much money I can make in 6 months with a budget of only $1,000.

If you want to start your journey creating art people want to read, check out the Onyx Defiant eBook Guide. It’s a no bullshit, quick run through of producing your first eBook.

Not bad for a guy who had ass grades in high school and was too poor to go to college.