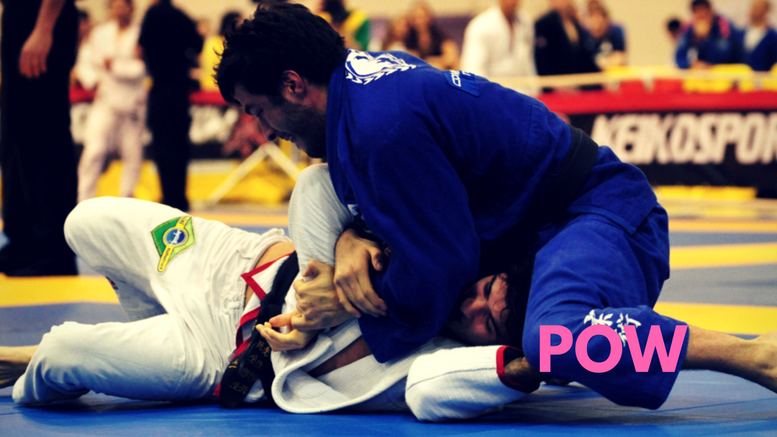 How much sense does that make?

Here’s how much sense it makes.

Back in the day when I first got stationed in Okinawa, I ended up going to the gym with a few of the guys that were there a bit longer. A lot of them were into MCMAP (the Marine Corps Martial Arts Program) and were into MMA.

I was not, but I still wanted to hang.

I could not hang.

I got submitted faster than I wanted to and never liked grappling again.

Because I wasn’t good at it.

So that’s why I started doing it again.

It makes you uncomfortable.

There’s nothing worse than being put in a hold that you can’t break out of. It gets even worse when your opponent is six inches shorter and 40 lbs lighter.

For instance, right now my technique is at the absolute lowest you can go without being a quadruple amputee. Shit, I barely know what the mount and guard positions are. When we go through new holds and maneuvers, it takes me like 10 minutes to get the right steps down.

Fuck that. I’ll get put into an armbar every day before I get complacent.

Being out of control is incredibly uncomfortable.

It makes you sweat.

I don’t care how many years of football anyone played, games of hockey they got hat tricks in, or years of inline skating they have under their belt.

Rolling around for five 5-minute bouts will make you sweat more than four 15-minute quarters of football will.

And it’s the good sweat. The kind of sweat that just leaks from you as you stand there.

And you’re winded. You struggle to catch your breath, but as soon as it’s go time again you’re ready to go.

It’s a one on one competition.

You have no one to rely on except yourself when it’s time to go. Because my technique is non-existent, when it’s go time all I can do is play defence.

Kinda cheating because we aren’t using a gi, but that sweat really comes in handy. Slipping out of shit on easy mode.

What’s the point of all of this?

I don’t know, go get beat up once or twice a week to feel good about yourself.