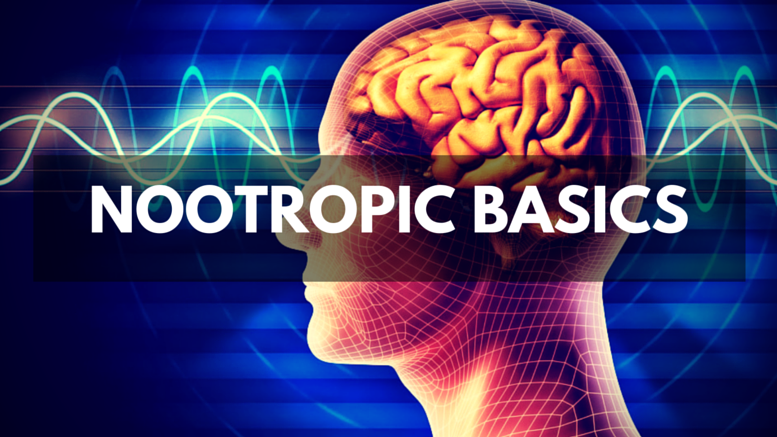 Before choosing on the Nootropic, it is important to know what each ingredient contains. That way, you are in a position to test things analytically and learn what effects to expect. It is important to understand the purpose you sought to achieve by the chosen nootropic. This could be:

This will help in guiding on the kind of nootropic to use as benefits from one spill over and synergize with the other. Once you have identified the purpose, it is recommended that you start with the basic Racetam Nootropic. If you are happy and comfortable with the effects, you can add more products to the stack like Choline.  Note that beginning with basic racetam nootropic helps you tune to the effects before moving onto more powerful supplements, hence avoiding negative side effects.

Now that it’s clear what nootropic is and how it helps achieve a long-term quality life by optimizing the brain’s performance to achieve a motivated, productive, satisfied and successful life; we then look at the specific nootropics for the specific target brain function.

In cognition, nootropic helps the brain increase the key levels of neurotransmitters making the neurons communicate more efficient. As a result of this process, we find there is moderating of receptors where some neurons are formed and synapses between other neurons.

Nootropics for memory: Use of nootropic increases all functions in the brains memory both short term and long term ability. This is because new neurons are formed and there are synapses between other neurons hence establishing a stronger connection between the neurons. As a result of these stronger connections, there is an increase in the glutamate levels, efficiency, and an increase in the blood and oxygen flow to the brain.

Nootropics for brain health:  Having mentioned earlier that nootropic helps achieve both short term and long term goals, taking these drugs helps in the overall function of the brain; from increasing the cognitive abilities, increasing the brain’s motivation, learning and purpose.

In conclusion, it is important to note that nootropics are beneficial for mental capabilities and cognitive health. It is also important to know that all nootropic have the same general goal to heighten the brain power

L-Theanine as a drug is used to treat some conditions such as; anxiety, stress, insomnia, and help in maintaining focus.

L-theanine works by increasing the gamma amino butyric acid levels making it ideal for those in the above-mentioned conditions to effectively relieve their brains. L-theanine dosages are packed in the range between 50mgs-200mgs. This drug can be mixed with caffeine in order to have considerable effectiveness. However, it is always advisable to start off on lower dosages and slowly increase.

Based on a study carried out by the US National Library of Medicine National institute of health, it was found out that Modafinil was used to increase the ability of alertness, vigilance and executive functions during sleep deprivation individuals. After 44 hours of awake, the participants were each given double-blind dose of one of 3 stimulates medication. After 45-50 hours awake the participants were all tested and found to have a computerized 5 Ring Tower of Hanoi, Tower Of London, Wisconsin card sorting test. Based on the test it was concluded that the doses produced different advantages depending on the cognitive demands of the task.

Bacopa monnieri is a drug that is gotten from a plant called Brahmi that was used as a traditional Indian medicine for Alzheimer’s disease, improving memory, attention deficit-hyperactivity disorder, mental illness, and epilepsy and allergies condition. Bacopa Monnieri worked by increasing certain brain chemicals involved in thinking, learning and memory. It also worked to protect the brain cells from chemicals produced in Alzheimer’s disease.

With time, it was discovered that Bacopa Monnieri interacts with dopamine serotonergic systems in the brains has the main mechanism concerns promoting neuron communication. As a result, there is an increase in the glutamate levels which helps in return helps in longevity and cognitive enhancement.

When we talk about creatine, it is actually a substance that is used to enhance muscle mass and help achieve bursts of strength. Creatine is a substance that naturally transforms into creatine phosphate in our body and is the one responsible for creating ATP or what we call the Adenosine Triphosphate. This provides the energy for used during muscle contractions. The body produces Creatine that it uses while the body also get some natural creatine from foods that are rich in protein like fish and meat. Creatine improves brain efficiency and is found to be successful for the treatment of neurological diseases. During thinking, the brain levels of phosphocreatine drops while ATP levels stay constant, thus taking creatine helps meet the brains thirst for energy that is then used for neuronal repair, to produce, package and secrete neurotransmitters and to power the bioelectrical discharge that occurs when neurons communicate with one another.

Ashwagandha is a natural herb extract that is used to increase mental alertness, focus and attentiveness, depression and stimulating the body. Ashwagandha once took changes the configuration of neuron receptors enabling molecules to connect easier. Ashwagandha helps regulate by blocking the receptor site for hormones that are in excess, preventing them from the psychological action.

Ashwagandha is loaded with powerful antioxidants that mitigate the free radical damage that is caused by stress and depression. It also provides protection for the nervous system which tends to go into overdrive in response to chronic anxiety. When the brain neurotransmitter which causes depression and eating disorder are produced, ashwagandha help replenishes this deficit and effectively mitigate the symptoms.

In Conclusion, Nootropic drugs are very important as the play a key role in enhancing the brain’s performance and health. However, it is advisable to seek a medical doctor and get the prescription when buying the nootropic supplements that range from vitamin supplements to prescription drugs.

Part 1: What are Nootropics

Part 4: Side Effects and Therapeutic Effects

MEDICAL DISCLAIMER: Onyx Defiant LLC, publisher of Onyx Defiant, makes no representation or warranty regarding the accuracy, reliability, completeness, correctness, or timeliness of any information provided. The information, including but not limited to, text, graphics, images and other material contained on this website are for informational purposes only. The purpose of this website is to promote broad consumer understanding and knowledge of various health topics. It is not intended to be a substitute for professional medical advice, diagnosis or treatment. OnyxDefiant.com is not a doctor. Always seek the advice of your physician or other qualified health care provider with any questions you may have regarding a medical condition or treatment and before undertaking a new health care regimen, and never disregard professional medical advice or delay in seeking it because of something you have read on this website. NO LIABILITY WILL BE ASSUMED FOR THE USE OF THIS ARTICLE AND/OR ADDITIONAL POSTINGS HEREIN.