So you’ve found yourself in a sticky situation and don’t have a solid way out. You talked a little too much shit to the guy in the bandana at the bar and now he’s throwing chairs at you. Don’t fret, we have a solution to your problem.

Because you were talking shit, you are probably in no position to be fighting anyone. So we here at Onyx Defiant have a solution to your current problem.

How to Lose that Fight

In just a few short steps, you’ll be in the hospital in no time fixing your broken nose and bruised ego. I’m sure whether you read this or not, you couldn’t win a fight anyway.

So let’s get started!

Letter from the editor: These are in no particular order. It doesn’t matter anyway, you’re going to lose no matter what.

So you spent all day at the beach with your honey and now you’re going out and getting yucky. You’re still rocking your flippy floppies and have a bit of sand in between the cheeks.

Are you in any position to defend yourself? No.

Are you still going to try and fight someone? Probably, you jackass.

Next thing you know you’re waking up with a crowd around you, separated from your flipper floppers and a slug trail of sand between you and them.

Now your honey’s going home with someone else.

2. Have no fighting skills. 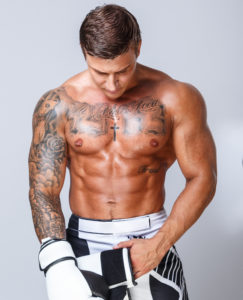 So you’ve never a) been in a fight before in your life and b) never had any sort of training in any fighting skills. You still really want to get into a fight with another person, though.

Mix them in a bowl and pour them into your soul. That’s you. Welcome to the loser’s circle.

3. Talk more than you can fight.

We all know that one guy. The one that is a chatty Kathy all the time about how they’ll beat anyone’s ass yet have never been in a fight.

That’s what you need to do in the initial confrontation. Yell at the other person.

Talk about how much you’re going to beat their ass.

Call them a limp wrist.

Then proceed to get molly whopped because your ass can’t back up what you’re talking about. 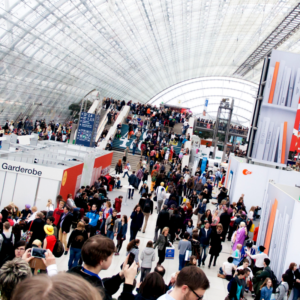 What you really want to do is completely disregard the person who’s about to tap dance on your forehead and start acknowledging the crowd forming to watch the performance.

Hype yourself up a bit. Lead the crowd into believing you’re a champion.

Start winking at women and men, depending on what your preference is. Actually, fuck it. Wink at everything to show how confident you are.

Wink at the  bartenders, servers, that odd fat girl/skinny frail guy couple, the popcorn machine, your opponent, the bouncer and anything else living or not.

Give finger guns to people.

Flex a little. You should be alright. They’ll have your back.

5. Keep your guard down.

If you really want to get your ass beat in a fight, keep your hands at your side and do that limp noodle arm swing back and forth.

Roll your shoulders around.

But never, under any circumstances, defend yourself.

Letter from the editor: Stick it out. Even white boys got to shout.

Give your back to your opponent. Fuck seeing what’s about to happen, might as well go in blind.

At least then after you get wrecked you can say they cold cocked you and then you’re the hero.

7. Read this article while you’re fighting. 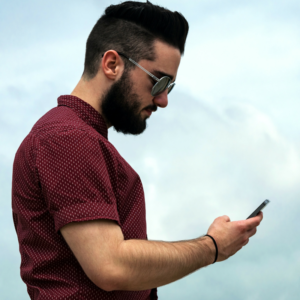 Nothing screams “just fuck my day up” like when your opponent is on their three-year-old iPhone reading an article about how to lose a fight. That’s what Bandana Dan will be thinking when he’s about to pummel your noggin.

Not only will this make you an easier target to destroy, you’ll also have the satisfaction knowing that your actions were a direct cause of your hurt face.

Nothing says mature like taking ownership of your actions.

There you have it folks, the quintessential guide to getting your ass beat in a fight.