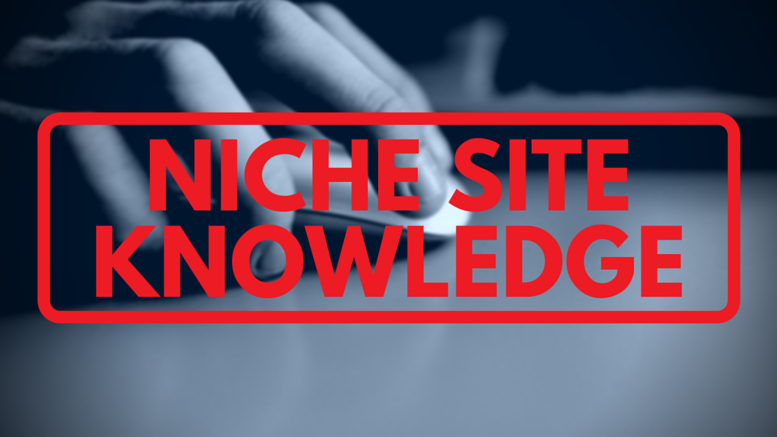 So I’ve had my niche site for around 5 months now and have learned a lot. Going in blind, I started from scratch, experimented, and have had some sort of success. It wasn’t the first website I made, but the first one I made for the purpose of making money. So far, so good.

Here’s what I’ve learned so far.

I started mine based off of the second or so book I wrote back in the day. After I turned those chapters into articles, I didn’t really know where to go from there. Poor performance reflects poor planning….or not having any plan at all.

Fortunately, I signed up for SemRush and they upgraded me to a pro account for a week. With that, I was able to get keyword reports from my competition and see what keywords they were ranking for. Then I could hire a content writer to write a few pillar posts to get the site moving.

Five months later it’s making three figures a month and ranking for over 350 keywords, a few in the top three, and got over 2,000 visitors the fourth month (on track to clear 3,000 this month).

Not bad for a first timer, or so I’m told.

Amazon Isn’t Worth it if You’re Not Doing Reviews

Unless you’re doing in-depth product reviews and comparisons like it’s 2012, Amazon Affiliates won’t amount to much. I think in the 4 months, I’ve gotta 1 sale for a lightbulb or something obscure. Thanks for the $2 commission.

I do have the newish CPM banner ads on just in case, but even that is comparable to Adsense revenue: a few pennies a day.

Because I started making money online publishing ebooks, I put those skills to the test. After a few large articles were posted, I combined them into a document and self-published them for free.

The book is permanently free and is just used as a lead magnet to get people to the site. If people go through any of the links, they’re still affiliate links and I can still make a bit of money off that.

I released the book at the end of February, and it has “sold” nearly 200 copies and has a 5-star average rating. Not bad for being an incredibly niche topic and setting it and forgeting.

Unfortunately, it’s hard to track which one of those people went on to actually read and take action. That’s fine, though. It’s stayed in the top 10 of its category for months.

Oh, and it actually sold a few copies in other countries (it’s only free on Amazon.com).

Shit Takes a While

If I would have given up back in February, it would have just been a big ol waste of money.

Like anything, it takes time to get to where you want to be. You don’t learn how to play the piano in an afternoon. It takes some time to get good.

I got good. Now I want to get great.

Protip: if you set up a contact page on your website in WordPress, the messages go to your Feedback page on your WordPress dashboard.

I didn’t know that.

When I finally figured out that they weren’t going to one of the e-mails I set up for the site, I had messages for months back that I never got a chance to reply to.

Fortunately, the day I actually checked was the day after I was asked if I wanted to form a partnership with another business.

A few days after that, I received another message from someone looking to partner. If I didn’t know about my messages not coming to me, those would have been 2 missed out chances for additional income every month.

Lesson learned. Now I know that for every website I create, create an e-mail address for it and make sure the contact form forwards those messages to that e-mail address.

Boy, was my face red after doing this.

Basically, because I was new at the game, I was looking for a bit of paid traffic when I started. I’ve used Fiverr before for random things, so I figured what the heck. It’s $5.

Yeah, if you buy traffic on Fiverr, it’s bullshit. They use programs to simulate traffic coming to your site.

I go into a bit more detail about it in the video below.

I’m not too upset by my URL, but if I could go back in time I would have chosen something a bit more SEO friendly.

It could have possibly helped me rank easier for words I wanted to.

If it was 2012 and I wanted to create a review website for calculators, I wouldn’t choose mathisfun.com, but instead calculatorreviews.com or something including at least one of the words I was looking to rank for.

My URL isn’t that bad, but it could be better. Think the difference between cellphones.com and neatphones.com. I would like to rank for cell phones, but just phones works too.

I should have made a product so much sooner in the process.

On the flipside, the affiliate programs I am a part of have high commission rates and I have pretty good conversion rates. So it was not that major for me to create a product to sell on my own.

But you still need to.

What happens if the program you are using suddenly goes away or doesn’t like you for some reason? I’ll tell you what: you’re fucked.

So if you’re using something like Amazon Affiliates primarily, you better use that as a backup plan, cause it could go away at any moment.

At least with your own product, you have it your way and have complete control.

There you have it, folks, a few of the things I learned along the way. If you got something out of this, good.

If not, go back and read it again until you do.

If you have experience creating niche websites, drop a comment below so we can have a chit chat.

If you don’t have experience, message us and we can help you get started.