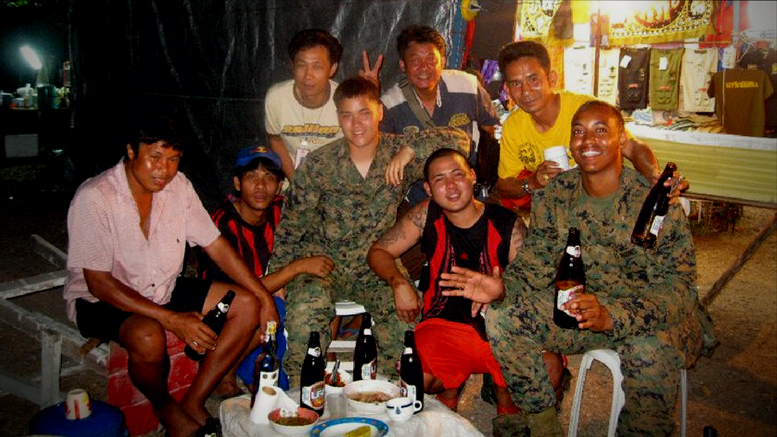 One of the best words to describe post-9/11 veterans is irreverent. Donny O’Malley, the creator of VetTV, started using this when he began making YouTube comedy skits. Unlike veterans before us, we laugh at the things we should be afraid of.

We poke fun at death. Laugh in otherwise traumatizing situations. We’re able to find the humor in damn near any situation.

Also unlike our father’s generation of veterans, we don’t hang out at the VFW or American Legion. We have our own sanctuaries, usually wherever the women and liquor are found. We find our own comradery in other veterans our age. Bingo night does not interest us.

Bear with me for a bit as this is just going to be a massive data dump. It’s really hard to make the age, race, marital status and all other defining characteristics about a group of people sexy with text.

Overall, people from every demographic and market segmentation make up the post-9/11 veteran population. Because of the population of vets, they have a spending power of roughly $1 trillion which is greater than the LGBT community and lower than the Hispanic market.

Don’t forget that active duty military family income is a whole lot more stable in an unstable economy and they earn roughly twice what the U.S. average is.

First and foremost, don’t try to force the military angle. Some of those ASVAB waivers might fall for it, but for the rest of us, we can pretty easily spot the false motivated and overly patriotic.

If you choose to advertise to veterans…

At least get the uniforms right.

Now, I wasn’t the most squared away Marine when I was in, but I at least know what color skivvy shirt most branches wear. That’s a quick search on Google. There’s nothing worse than seeing a movie(I know, not advertisement) and they jack that up.

Fortunately, I’m not the only one who sees the major errors in this promotion.

Check out those comments…of the 98 comments, there were 21 f-words.

I’m aware that some parts of the uniform and slogans and whatnot are trademarked and copyrighted. No one gets upset when USAA has advertisements featuring uniforms without nametapes.

At least they have an in-regulation haircut and the right shirt on. This might be something small to an outsider looking in, but it’s a dead giveaway that someone didn’t do their research.

In fact, over 67% of veterans and active duty military members say they are less likely to purchase a product or service if the image of the military member does not fit the standards of the U.S military image (uniform regulations, physically fit, haircut, etc.).

I’m sure you could find a veteran that would be your advisor for a can of Copenhagen and a 6-pack of light beer.

You want a war hardened individual to remember your advertisement? Have an authentic advertisement that features authentic military experiences. One way companies have done this in the past is by triggering emotions and memories of coming home from overseas.

This Anheuser-Busch commercial invokes some serious pride in anyone that wears any sort of uniform.

This Zillow commercial makes me tear up and I don’t even have a girlfriend.

Every branch of their own magazines and newspapers tailored to what those members would find important. There is the Times series of newspapers, like the Marine Corps Times, Army Times, and so on. In my experience, there are people that will buy every single issue and pass them around when they are done. I never bought one copy but would somehow read an issue every other week or so.

In addition to military specific publications, a lot of the time when we would go on training exercises, electronic forms of entertainment were not available. That means we would revert back to actually reading magazines, ranging from Maxim to Men’s Health. Like the Times, they would get passed around when the previous reader was finished.

You can easily hit the married demographic by strategically placing billboards outside of bases where a lot of service members in off-base housing commute and the occasional barracks rat leaving base. Marine Corps Base Camp Lejeune serves over 145,000 Marines and family members, your impressions could be in the millions every month.

Because of the large military presence in the town of Jacksonville, North Carolina (right outside of Marine Corps Base Camp Lejeune), direct mail efforts targeting military personnel could be seen as almost effortless. This is probably one of the biggest possible ways to reach younger veterans. We follow personalities. We like our Matt Best, A Combat Veteran, Ranger Up, Donny O’Malley, Nava the Beast and all the other people out there creating content that we can relate to.

If one of these people we follow, like, and trust recommends a product, that product will get attention. In a study from Linqia about the state of influencer marketing, respondents said the top benefits were the creation of unique content, driving engagement for the brand, and over half said the top benefit was driving more traffic to their landing pages and websites.

A sponsorship can be a major player in hitting the fact that most veterans prefer to buy from places that are military friendly and/or offer a military discount. When going to a military based event and I see brand X is a sponsor, brand X is going to become my new go to for product Y.

In addition to being a sponsor, hosting some sort of event could be largely beneficial. If a local bar had a military appreciation night every second Tuesday of the month, you could bet there would be a number of people showing up for a free beer. This can be a great way to create a community within your community, as it is a great way to get people out and interacting with similar people.

With all this being said, I hope you learned athing or two about advertising and marketing to post-9/11 veterans.