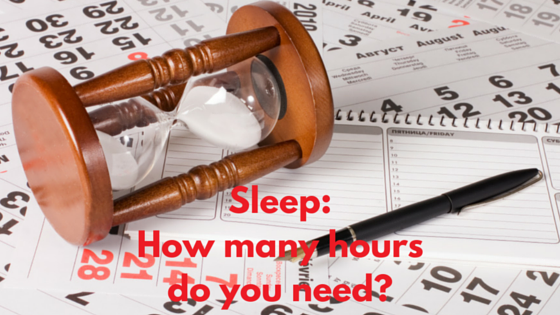 Eight hours, is that the norm for you?

What if I were to look you straight in the face and tell you, You Are Wrong!

More than a third of America’s population wakes up in the middle of the night. This experience is called a “Nocturnal Awakening”. Nearly half of those people will remain awake the rest of the night. With the “fix it” nation that we have become doctors have proceeded to call this a sleep disorder (Middle of the Night Insomnia). So of course, for the quick and easy society will just pop another damn pill and call it a disease or disorder.

How about we as human beings look at ourselves and what the hell we as the people are doing wrong. We tend to blame it on all external factors. Now don’t get me wrong I participate in this also. At the end of the day, any external factor is under your control. Stop acting like you are 16 and still living at home with your parents. There is absolutely no reason your lazy ass needs ten hours of sleep a night.

“The Dominant pattern of sleep, arguably since time immemorial, was biphasic,” Roger Ekirch a sleep historian at Virgina Tech University and also the author of “At Day’s Close: Night in Time Past” (Northon 2005)

Essentially what he is saying, is that humans used to sleep in two four-hour blocks. These two blocks of sleep were normally separated with 1-3 hours of wakefulness in between. During this time frame people were known to pray, process dreams, visit neighbors, finish any tasks left from the da, and last but certainly never least, SEX!

Thomas Edison and his wonderful invention of electricity are to thank for what we know today as the traditional sleep cycle of eight non-interrupted sleep. It allowed for us to work longer into the night. This is not at all a bad thing, but you have to turn all lights and distractions off at the end of your night. When there is light present the human body reacts the same as if the sun were coming up in the morning.

Somewhere in the 90’s, there was a sleep scientist by the name of Thomas Wehr who studied the effects of 14 hours of darkness. This man took his subjects and went old school on their asses. He literally went medieval, took away all light sources and gave them a typical day of sunlight with up to 14 hours of darkness. He found that just like the people of that time it took them about 2 hours in order to fall asleep followed by a 3-4 hour sleep block and then 1-2 hours of wakefulness and then finally they had another 3-4 hour sleeping block.

In today’s eye, there seems to be this notion that you must get 7-8 hours of sleep. Those of you who don’t are seemingly doing it completely wrong and will have a shitty day. Think about it, if no one ever told you how many hours of sleep to get would you even give a damn. Time is a relative thing and you are in control of every 24 hour day. If you want to sleep 7-12 hours a day, be my guest. That just means that I will always be one step ahead of you no matter your passion in life.